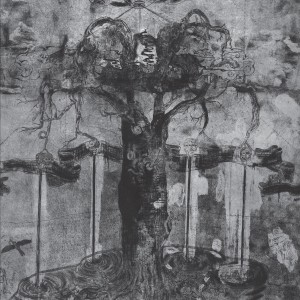 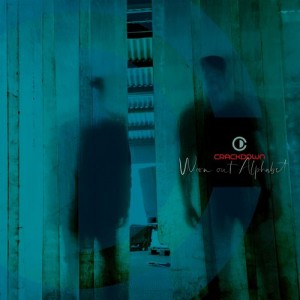 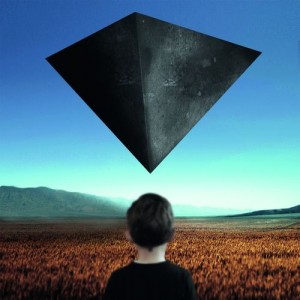 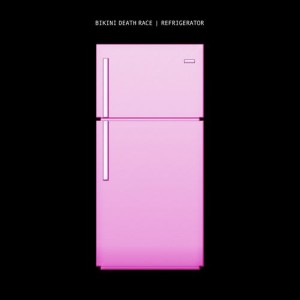 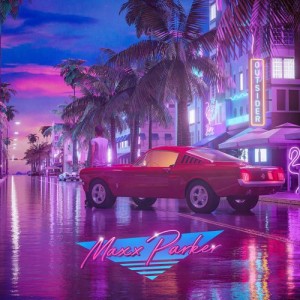 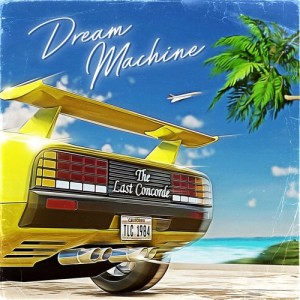 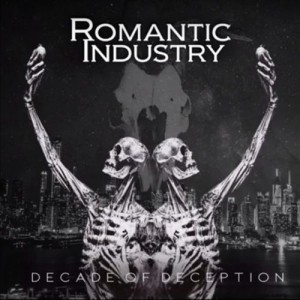 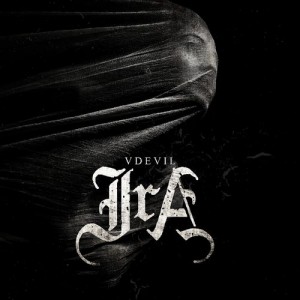 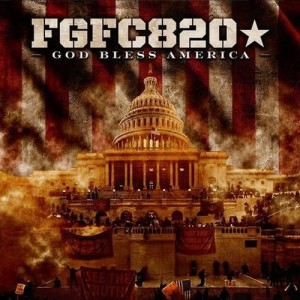 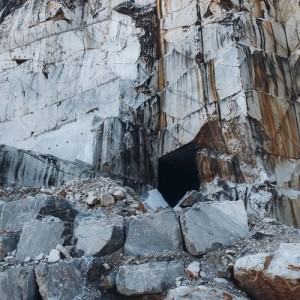 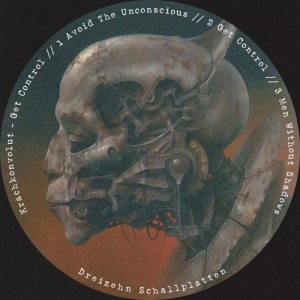 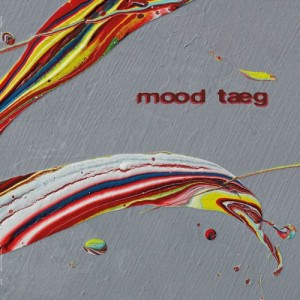 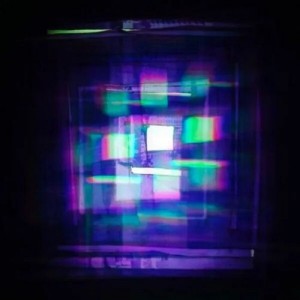 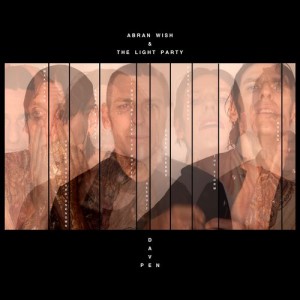 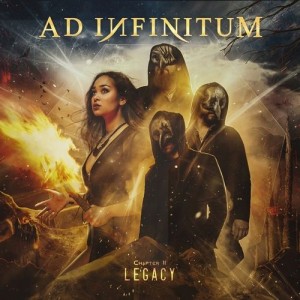 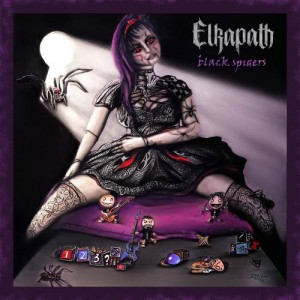 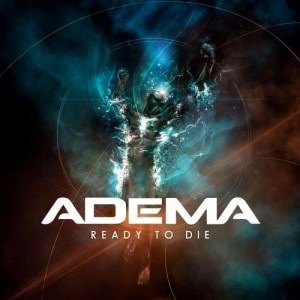 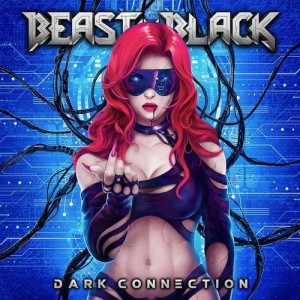 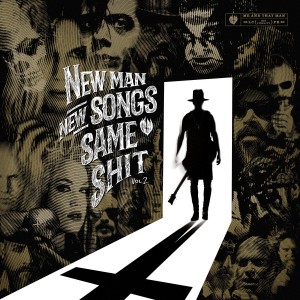 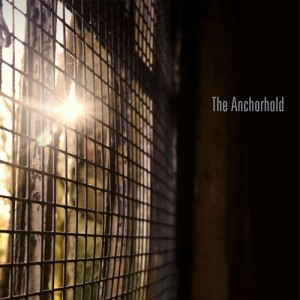 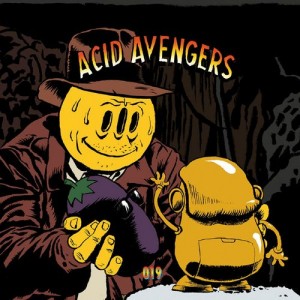 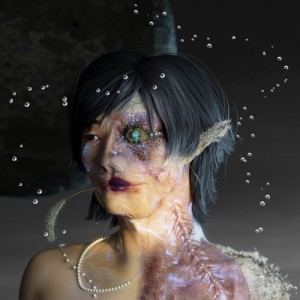 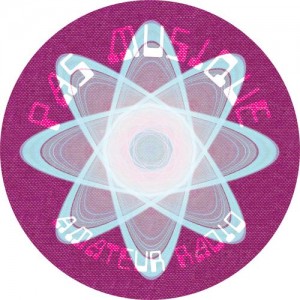 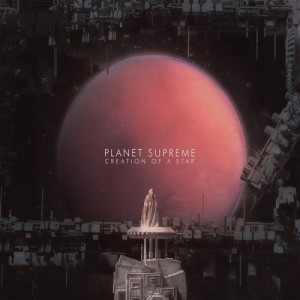 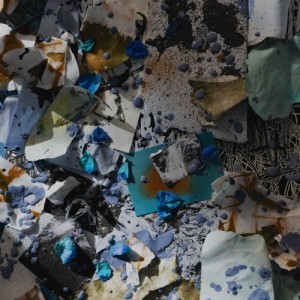 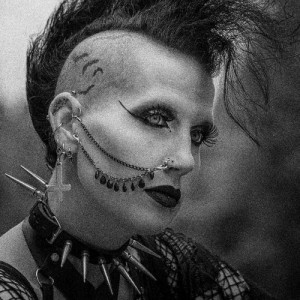 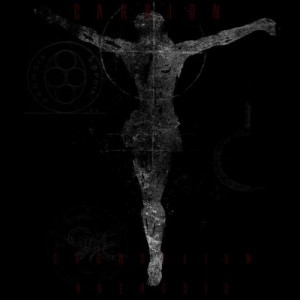 Conversations with Carrion project each year become a good tradition for our blog. Moreover, the reason is excellent — the release of the new album on a Brutal Resonance Records. But first things first…

Our last interview with your project came out over a year ago. What has happened that is important this year? Besides preparing for the Evangelium Haeresis LP?

Hide: Since the release of the previous album I`ve spent most of my time experimenting with  modular synths, creating sample packs, remixes and other sound design related projects while watching my life slowly unravel,  I often find myself thinking that I`ve regressed back to where I was while writing `Iconoclasm, back to square one as they say, for better or for worse.

What will differentiate Evangelium Haeresis from previous works? What is its main feature? Can you say that this release is more personal for you?

Hide: I hope that it`s starting to become clear to our audience that we`re not a band that`s afraid to experiment , evolve and take a few steps into new directions with each release.

On this album you`ll hear us at our most violent and aggressive as well as the more melancholic sides. As clichè as it may be to dub your latest creation as your heaviest, darkest or similar overused buzzwords these terms do still seem appropriate. The album is written with the live show in mind which naturally brings a more stripped-down and direct result.

I would absoloutely say it`s more personal, not to say the previous two wasn`t but on this one it feels as if I held a magnifying glass to highlight each flaw, wound and blemish I possess. I`ve spent every waking [and sleeping] moment of my life over the past year crafting this album as my personal life fell apart, relationships and friendships suffering as a consequence. It`s taken quite a toll on my life and mental state, I really dug myself into  pit, or perhaps a grave in order to bring out these songs. I`m not sure if I should compare it to posession or flat out lunacy, perhaps a little bit of both?

In the description for one of the singles, you mentioned that you were inspired by alchemy and the ideas of Carl Jung. If possible, tell us more about this. What can alchemy teach in the 21st century? And what aspects of Jungian psychology appeal to you? By the way, the upcoming album Raison d’être — Daemonum & Daemoniacum, for example, is also based on Jung’s concepts…

Hide: While I could speak endlessly about both alchemy and Jung I`ll try to keep it short. While I know it`s a more romanticized view alchemy in many ways is about transforming into something better, to create gold from base metals. Jung`s brand of psychology was highly influenced by alchemy as well as several spiritual practices, his ideas on the Shadow in particular appeals to me the most and wether I wanted it or not over the past year I`ve definetly had to seek out my own Shadow, not only locating the proverbial wound but also attempting to accept it and possibly mend it, this is by no means a completed processs as I believe that shadow work and the integration of your shadow is a life long process. To answer the question of what alchemy can teach us in the 21st century I`d say that the wish to improve ourselves will always be there regardless of our place and time in history or at least I hope so, that said I think to truly make use of these ideas requires more dedication and willpower than most of the world seem to be capable of these days but that may just be my pessimism talking.

What does the crucifixion on the album cover represent? A religious background or, conversely, a deconstruction of Christian narratives?

Hide: I have no religious background although I did grow up in quite a small religious town, that has nothing to do with the album art however, the cross and the idea of crucifixion in its most basic sense serves as a symbol of the sacrifice required to achieve salvation. I feel like in our new age era of instagram witchcraft we seem to forget about the blood and tears that often go into any kind of rebirth and signifciant achievements on any level be they spiritual or mundane. to paraphrase a Black Sabbath song, we kill ourselves to live, at least that`s how it feels for me these days, the path of self-improvement is littered with thorns with an appetite for blood.

Did we understand correctly that the title of the album is translated as «Evangelical Heresy»? Have you turned to some apocryphal texts such as the Gospel of Judas, as, for example, made recently in the mainstream of Lord Of The Lost dark scenes on the album Judas?

Hide: The album title roughly translates to «Gospel Of Heresy».

If I were to label my beliefs I would most likely lean towards the gnostic views of the world so I`m indeed familiar with the Gospel Of Judas and other apocryphal texts, however, the band you mention have no part in this. Gnosticism and other spiritual ideas have been a great interest of mine for as long as I can remember and has coloured my creative pursuits both conciously and subconciously, I think that`s a natural side effect of opening yourself and allowing such things to flow freely.

Tell us about the technical side of Evangelium Haeresis. What did you use to create the musical material this time?

Hide: I wanted to dive deeper into the ideas I explored on our previous album with utilizing mostly, if not only, hardware equipment and modular synthesis. By the time this album comes out it will be a year since we began writing it which is possibly the longest time we`ve ever spent on any album, we must have written two or three albums worth of songs and picked out the ones that spoke to us the most there and then. Having spent more time creating and composing I`ve had the time to really reflect on the songs, the lyrics and the production to ensure the result is the best I can deliver at this point in time. Having discussed it over the year with my members Sam Dusk and Joe Crow we all seem to find this album to be a little more straight forwards, stripped down and live sounding compared to the previous. This album is fully written with modular synths, guitars, bass and a System-1 hardware synthesizer from Roland. Each synth line, each melody being played by hand to create something organic and possibly a bit flawed but within those imperfectetions is where the songs truly come to life.

What was the feedback from your previous work? First of all, we mean Testament Ov The Exiled. Does the audience understand what you want to convey to them?

Hide: I believe the last albums reception was quite good, it seemed to do well press wise and it enabled us to sign to Brutal Resonance Records who released a special edition of the album and will be releasing Evangelium Haeresis later this year. I`ve had conversations here and there with people who discovered us thanks to that album and from hearing their interpretations of the album I think it`s safe to say that most got the point and I`m quite pleased with discovering that the people who find something of value in our music seem to hold similar beliefes as myself and are overall quite intelligent people. It gives me a small shimmer of hope for the future.

Are you planning to develop your side projects From The Mouth Öv Belial and Dove Tribe? Are there any plans for new releases, or maybe even new projects in other genres? And by the way, what about MissFit Toys?

Hide: I actually have a new modular album entitled CHRYSOPOEIA which I`m just finishing up, I`m thinking of releasing it around October which will be exactly a year since the debut album. As far as Dove Tribe goes I do have songs demoed for another EP although I don`t know when I will complete any of it let alone release it, it was just something I did to fill some down-time during the Carrion album process. We do have some MissFit Toys related news that we`ll hopefully be able to talk about soon but for now I`ll keep my lips sealed.

At Discogs written that you are together with your friend Dave are a member of a certain The Abbey Diamond Project. Can you share a secret what kind of project it is?

Hide: Funny you should mention the Discogs page as I only discovered it a few days ago. It seems to be filled with outdated and just heavily flawed information so I`ll take this opportunity to correct a few things:

Dave was the previous bassist of Carrion, we seperated after the release of Testament Ov The Exiled. We`ve had several musical projects together over the years though as far as I can remember we never released anything and if we ever recorded something that wasn`t intended for Carrion it never left the demo stage.

The Discogs page seem to have Dave confused with our new bassist Joe Crow [Founder/Front-man of UK industrial rock band Vanity Kills] due to Dave once taking on the «XIII» alias. I believe it lists Sam as a member of VK as well which is incorrect.

The current line up of Carrion is myself, Joe and Sam and I hope this incarnation will remain in years to come as it seem to function quite well.

Don’t you think that if at the beginning of the lockdown the musicians of the dark scene had some creative upsurge — a new theme for inspiration, the opportunity to focus on studio work, now, when almost everyone has released a covid albums, there is silence and depression?

Hide: I wouldn`t know as I`ve always been chronically creative. I can`t say much as changed in my life other than the cancellation of shows and tours we had planned but in the creative department I`ve kept going the same as always. Perhaps someone else has exerienced an upsurge and if so then that`s great but as for myself I`ve never been able to stop. That said however I think it`ll be a while untill you see another Carrion album with the exception of a possible remix companion to Evangelium.

Carrion’s new album, Evangelium Haeresis, will be available on Brutal Resonance Records’ bandcamp and will of course receive its review from the violanoir.com